New Release: The Village and the Class War

An anti-kulak campaign started in the Estonian countryside after the Second World War in connection to collectivisation. What happened in rural society when this wave of persecution was launched? How did the Communist Party representatives, local councils, farm population, the accused and the not yet accused, react? In a society with small social differentiation and few communist supporters, the campaign was fi rst
of all puzzling to everybody concerned. In the wake of a dramatic war with three consecutive occupations, another drama was played out in the peaceful rural landscape. How it was handled and how it fi nally turned out is the topic of this book. Based on local archives where documents are both abundant and reticent, the roles of structures and actors are explored. 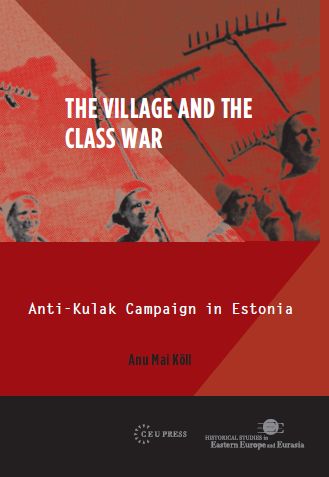 "Kõll’s study is a significant leap forward in understanding postwar Baltic history. While up to today the ordinary participators in terror have either been seen as ideologically driven traitors or as mere objects of the communist leadership, Kõll presents them as subjects in their own right. Thanks to this effort, history of Stalinist terror in the Baltic States can finally be related to other new explorations on local participation in state violence in twentieth-century Europe."—David Feest, Georg-August-University, Göttingen, Germany
Bejegyezte: Unknown dátum: 5:29